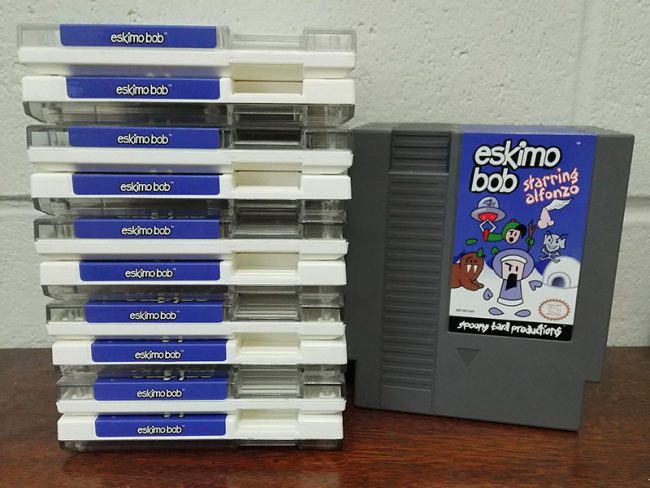 Eskimo Bob is back in stock with a few updates. The new build of the game uses a CNROM board instead of NROM, allowing for new background animations. I’ve also squeezed a two-player mode into the game, allowing Player 2 to take control of Alfonzo after switching at an igloo. Other than that, the game is the same as ever!

I’ve also repurposed a few leftover shells from the Alfonzo campaign to create some “Frosty Clear/White” cartridges. There are only ten of these, and I probably won’t be making any more like them, so if you’re into that sort of thing, you’d better snap them up quickly.