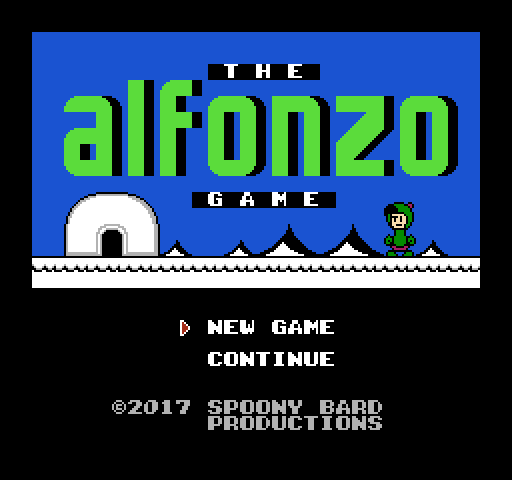 Today I am releasing two NES demos: The Alfonzo Game, and Alfonzo Melee.

The Alfonzo Game is a traditional single-player experience which is a sequel to last year’s Kickstarter success Eskimo Bob. This demo contains the first episode of the game, including 15 levels and ending in a boss battle.

Alfonzo Melee is a new two-player battle mode, allowing players to choose a character and do battle.

Both demos are entries in the 2017 NESDev Competition. Expect to hear more about The Alfonzo Game in the coming weeks!